To serve the Muslims in Bolingbrook and in the surrounding communities by providing Islamic Education and Islamic activities, by strengthening the community religiously and socially based on the noble principles of Islam, with the teachings and practices of the Prophet Muhammad (peace and blessings be upon him).

By the year 2030, we envision the Muslim Association of Bolingbrook (MAB) to be a safe, financially self-sufficient home of a vibrant Muslim community… 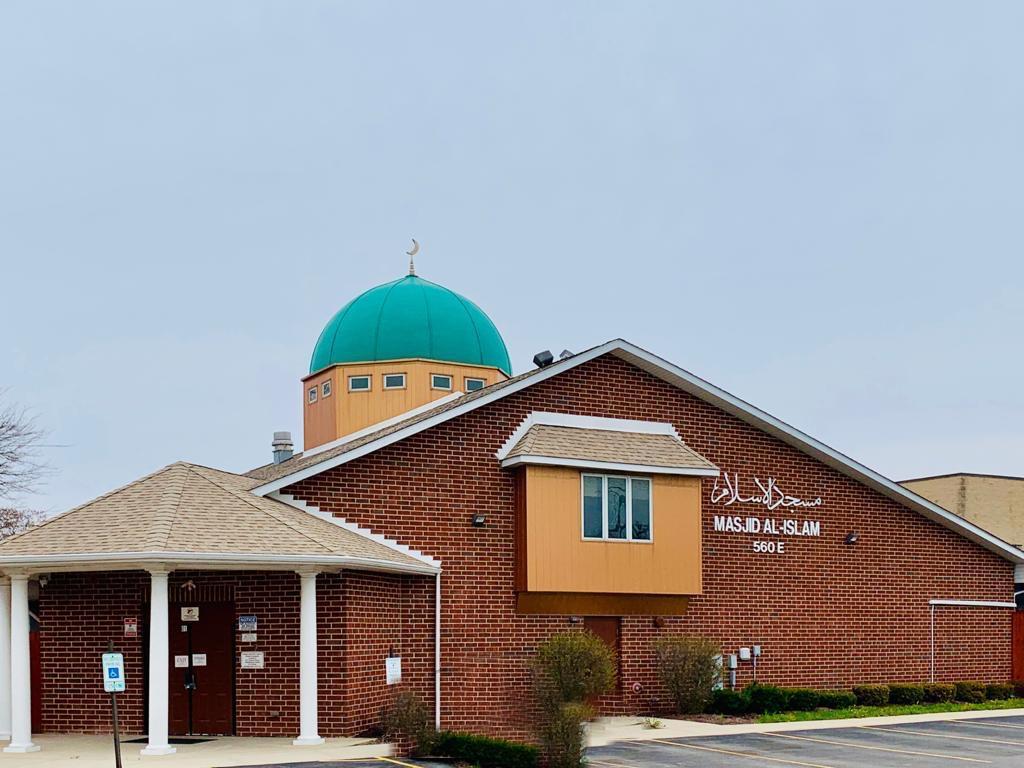 The work and efforts to establish congregational Salaah in Bolingbrook began in the early 1980s. Evening Salaah rotations were beginning to take place in a few of the Bolingbrook Musallees’ homes on almost a daily basis; Maghrib Salaah during the summers and Isha Salaah during the winters would be the daily congregational schedule for the few brothers who would meet for His pleasure and worship.

Four decades ago is when it all initially began. Funds that had started to get collected for a purchase of a Masjid to move the Congregational Salaah from the Musallees’ homes to a Masjid, had become part of the norm for the Bolingbrook Muslim community’s monthly contributions, to help save and raise funds for a House of Prayer.

Three main ideas were factored into guiding the Muslims of Bolingbrook during this time-frame:
(1) Holding strong to the awareness and principles of Islam,
(2) Establishing regular Salaah in a congregation, and
(3) Providing Islamic Education to the community’s youth and children.

Today, several brothers who began this initiative in the early ‘80s still Alhamdulillah provide their services on the Guardian Committee (GC), while others have departed this world, having planted the seeds of perpetual charity that will continue to serve them through the final day, Insha’Allah.

As the congregational arrangements continued within the homes of the Musallees, the Bolingbrook Muslim community started to grow, which helped expedite contributions towards the community Masjid to be purchased in a few years. By 1988, Islamic Education for Muslim children had also started to take place by renting out facilities for this initiative on a weekly basis.

In March of 1993, the Muslim Association of Bolingbrook (MAB) was established and purchased the community’s first Masjid — Masjid Al-Islam was purchased for $180,000 at 560 E. North Frontage Road, easily visible from highway I-55.

After little over a decade from the establishment of Masjid Al-Islam, a major remodeling effort was completed successfully, adding a dome and maximizing the expansion of the prayer area in order to utilize any space that was available during this expansion. However, the parking issue remained unresolved even after this expansion effort had completed. Additionally, the goal of moving Jumu’ah Salaah from the Park District to the Masjid was also left unresolved.

As the challenges to accommodate the growing needs of the community continued, a realtor brought a foreclosure property to the attention of the MAB board, stating this property would help address the current challenges that were being faced by the continuously growing community.

A unanimous vote to move forward in acquiring the foreclosed facility, which was formerly a church, was agreed upon by members of the community and the board during the community townhall meeting. Masjid Al-Jumu’ah was purchased for $2,400,000 in January of 2014. After a few months of renovations, as well as zoning and occupancy permits were cleared, the weekly Friday congregation had now moved to the Masjid from the weekly rented site, and was named accordingly. This new Masjid would have an 8-acre lot with 18,000 sq ft of finished space, helping to meet the growing needs of the community. Masjid Al-Jumu’ah was named after the Masjid Al-Jumu’ah located in the city of the Prophet (peace and blessings be upon him), in Madina where the first Friday congregation was prayed and continues to exist in Madina today. 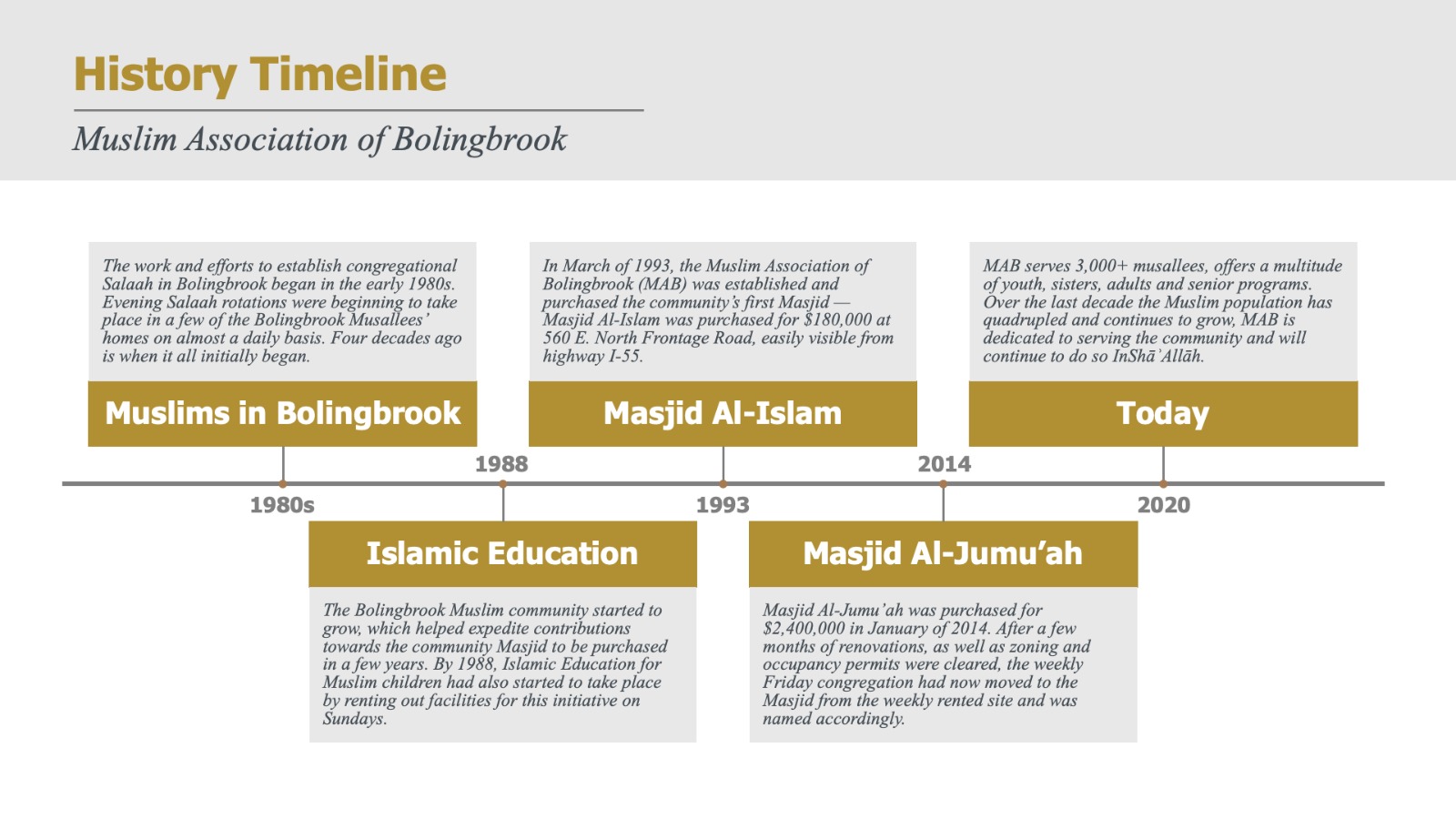